The IIN nominated the CORIA NETWORK to the International International Children’s Peace Prize 2019, for its commitment to the rights of children in the Americas.

The Network of Child and Adolescent Correspondents (RED CORIA) was created in 2017 and is made up of members of Consultative Councils and Organized Groups from different countries.

The CORIA participate in public consultations and events of interest that document through photos, videos and opinion articles, which are published in: Our Voice to Colors, a virtual space that meets the aspects that set up the participation: be informed, express opinion, be heard, organize and influence decisions.

The possibility of nominating the CORIA NETWORK to such a distinguished award represents for the IIN the recognition of the work and commitment of each one of them, so we extend our congratulations and we express our compromise to continue strengthening these spaces.

The award ceremony will take place in November, the anniversary month of the Convention on the Rights of the Child.

«Children and adolescents are the present, we have the potential to achieve great changes, we just need the opportunity to achieve it. If the world looked at problems from the eyes of a boy or a girl, half of these problems would be solved and the other half would not exist.«

Phrase integrated by the CORIA to the nomination 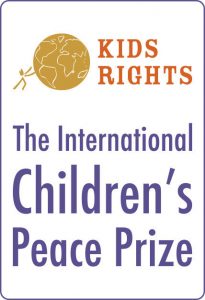