Members of the IIN team took part in the DevInfo 6.0 Technology Training Workshop

Members of the IIN team took part in the DevInfo 6.0 Technology Training Workshop

This training workshop took place at IIN headquarters in Montevideo, Uruguay, between 28 November and 1 December, and was led by Ruth Queiroz and Omar Sirvino Herrera, both of whom are DEVINFO-LAC technicians.

Designed by UNICEF as a rights-monitoring tool, DevInfo is a database used to compile and disseminate information regarding human development, which is being used in several different States in the region. It is a computer-based tool which provides access to the Internet and is of use in processing data and the regular updating of indicators.

Work began with a general overview of the platform and an examination of the user interface in the generation of tables, charts and maps. Later, the administrator interface was analysed in greater depth in order to learn about creating and administrating databases, defining metadata and generating reports, amongst other applications. Lastly, the workshop focused on the configuration of the web application. In addition to the IIN technical team members, representatives of INAU- SIPI system and Plan CAIF, of the State of Uruguay, also attended the workshop. 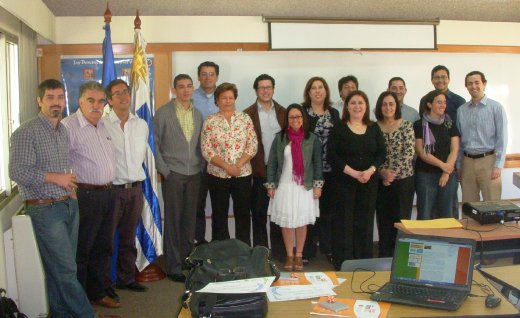